A downtown high-rise office complex will receive millions of dollars in upgrades following its recent purchase by a Chicago-based developer earlier this year.

Capital Center, comprised of two towers at 201 and 251 North Illinois St., was bought by Zeller for $63 million in September. The developer said Monday it’s planning $12 million to $14 million in upgrades to the two buildings’ amenities. The purchase also included a 525-space underground parking garage.

The 22-story buildings, which are a combined 648,000 square feet, play host to several local, regional and national firms. They include law firm Frost Brown Todd LLC, Fifth Third Bank and accountants BKD LLP, as well as the Indiana Supreme Court.

It had previously been owned by California-based Hertz Investment Group, which bought the complex in 2013 for about $49 million.

The towers comprise the eighth-largest office complex in the Indianapolis area—the fourth-largest downtown—and are at 90 percent occupancy, according to IBJ statistics.

Tristan Glover, senior vice president of Zeller, said Capital Center, which has a shared lobby between the towers, will receive several improvements in coming years, but did not provide an exact timeline.

Among the changes would be a reconfiguration of conference area space and upgrades to the fitness center. Glover said the enhancements will be bolstered by existing retail tenants in the building, including Café 251 and a small store on the ground level.

“We are trying to create spaces on the first floor that allow our (tenants) to have an experience within the building,” he said.

Glover said he hopes the move will attract more big-name businesses looking to lease space in downtown office buildings, much like the group’s work has done elsewhere in Indianapolis.

Zeller owns and manages five other office buildings in Indianapolis, and until last year was owner of the Market Tower building at 10 W. Market St. The group spent more than $7 million on a renovation of that office building, brought in several new-to-the-area businesses and increased occupancy from 58 to 80 percent in three years’ time.

Market Tower, at 30 stories and 518,000 square feet, is the 12th-largest office property in the city and the sixth-largest downtown. It was sold for an undisclosed price last year to Oklahoma City-based firm Square Deal Capital.

Glover said the revamp of Capital Center would be similar to improvements made at Market Tower. 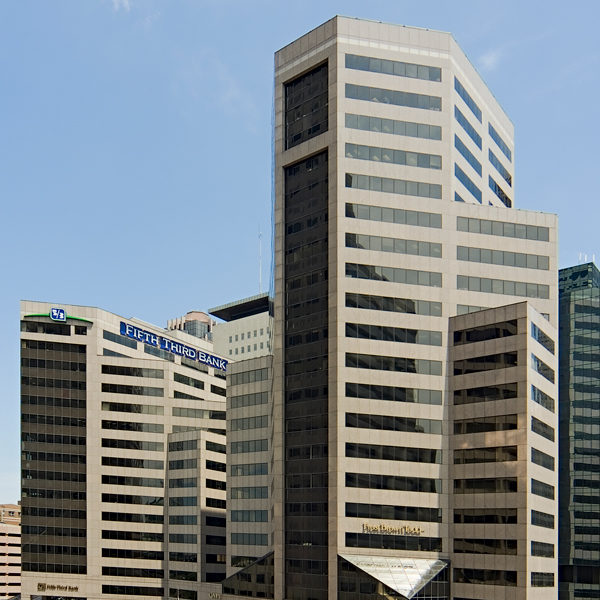 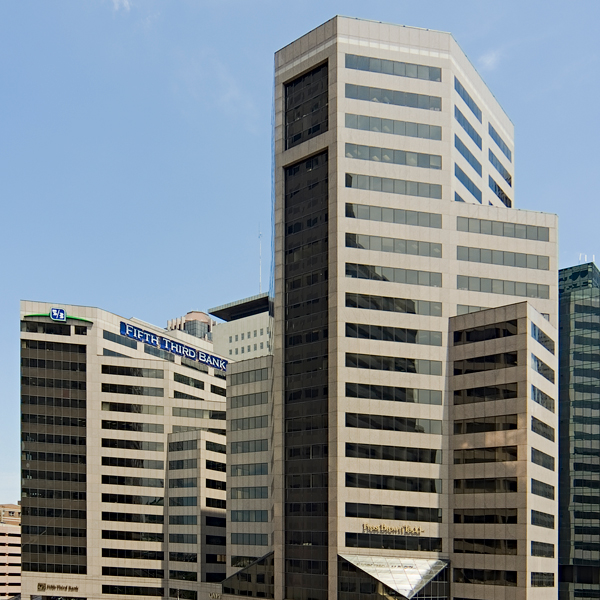